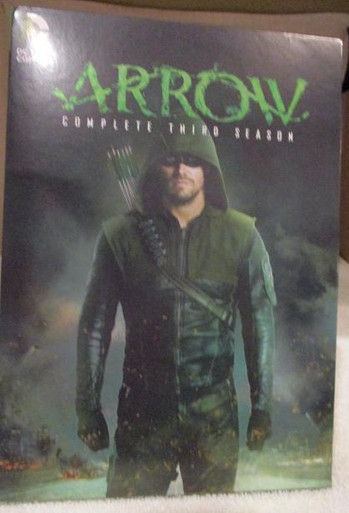 TV DVDs - Based on the DC Comics series, Arrow reinvents the edgy and iconic archer for todays audiences in a thrill-packed, stunning action series. After being marooned for five years on a remote island, billionaire playboy Oliver Queen comes home with a mysterious agenda and lethal new skills to fight crime in Starling City. As season 1 progresses, Olivers backstory on the island unfolds, and we learn the dark secrets of his friends and his own family. In subsequent seasons we encounter diabolical villains and we meet a cast of heroes who band with the Arrow to fight evil in its purest form.