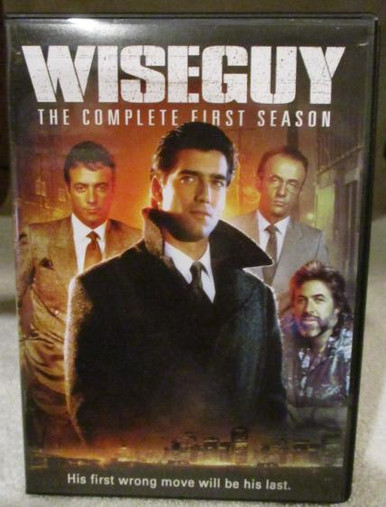 TV DVDs - Long before he brought similar drama to the big screen, Golden Globe winner Ken Wahl brought charisma, credibility, and chutzpah to his small-screen role as Vincent (Vinnie) Terranova, a handsome undercover agent for the FBIs Organized Crime Bureau. This complete first season on DVD brings you two of the best known, multi-episode story arcs. In the Sonny Steelgrave arc, Vinnie infiltrates the New Jersey mob family and befriends Atlantic City mob boss Steelgrave (Ray Sharkey), where, with one slip of his cover, he could end up a dead man. Loyalties are tested and moral dilemmas are faced as Vinnie struggles to protect his identity and bring the band of criminals to justice. In the Mel Profitt arc, Vinnie teams up with sociopathic assassin Roger Lococco (William Russ) in an effort to infiltrate the global drugs-and-guns empire of the Profitt siblings: Mel (Kevin Spacey) and his incestuously devoted sister Susan (Joan Severance). A deadly triangle of terror develops in this complete and bizarre investigation.